I’ve just about recovered from what has been a crazy but exciting week. I’ve been off all over the place doing bits and pieces; this is the first of three blog posts about it.

The beginning of last week (25th June I think) myself and Sam Griffiths went over to Knole in Sevenoaks to run a mornings workshop on Digital Building Recording techniques. This was one of a series of workshops volunteers were attending over the week as part of the Knole Unwrapped volunteering project.

We were slotted in between James Wright a Buildings Archaeologist from MOLA giving an introduction to traditional building survey and Matt Champion, of the Norfolk Medieval Graffiti Survey, on Graffiti. This meant we were perfectly placed. Our activities for the volunteers gave them a hands-on experience of using a Total Station to record an elevation and an RTI setup to record graffiti.

Our day started with a short talk about the work that has been undertaken as part of the Elite Landscapes in South Eastern England Project and introduced the two techniques. I introduced the team to the methodology Penny Copeland and I used at Bodiam Castle, this is a Total Station connected directly to a laptop during data capture running TheoLT which links to AutoCAD allowing the recording to be visualised in real time. The advantages of this setup means that you can correct mistakes as you go. It also means that you make decisions about what you are recording while you are on site.

RTI stands for Reflectance Transformation Imaging. It is a recording technique which creates an image with interactive lighting. They are constructed from multiple images taken from the same position but under changing direction of illumination. The creation of RTI’s is very simple and requires little specialist equipment and the processing and viewing software is freely available online (Cultural Heritage Imaging). The process is very successful at highlighting changes in the surface’s shape and colour i.e. highlighting any present graffiti. 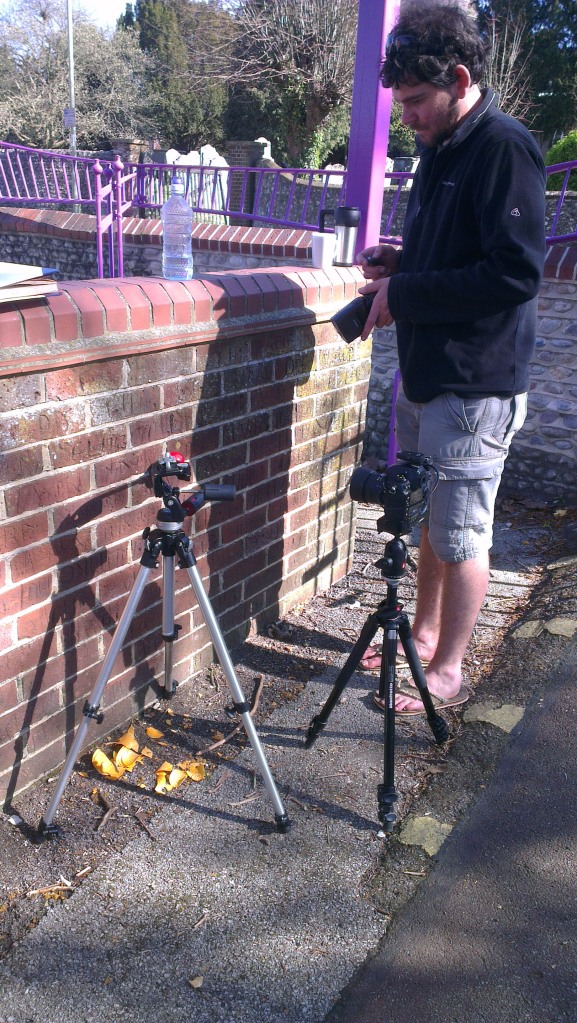 It was then time to have a go! We went out the Stable Court where we divided the group into two, half working with me on the Total Station and the other half using RTI to record graffiti with Sam. Both groups seemed to really enjoy both activities. I found it really interesting engaging with them over the use of the techniques and how they might apply to other projects.

Volunteers working with the RTI kit 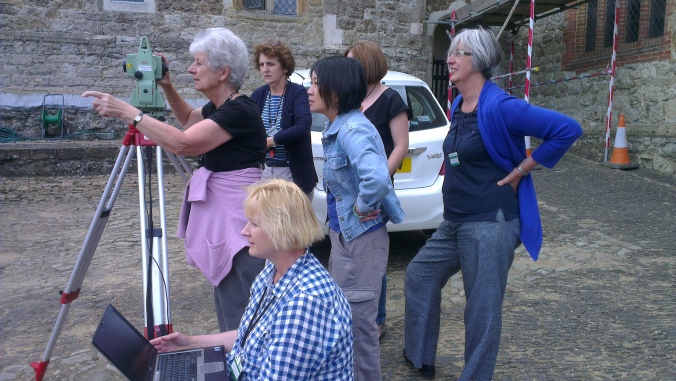 Everyone getting involved with the Total Station

James from Mola I think summed up the workshop by saying he felt how this was one of the best methods with engaging with groups. By introducing people with an interest to how we record, why we record and what we use it for it feels like we can get much closer to a collaborative engagement with the building.